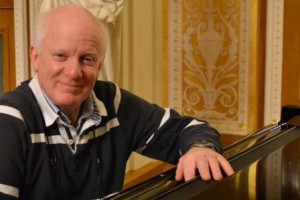 L’Orchestra dell’Arte is extremely fortunate to have Edward Peak as its Conductor and Artistic Director. Edward studied conducting at the Royal Manchester College of Music under George Hadjinikos and David Jordan, with other studies on the piano and double bass. After leaving college in 1973, he joined the double bass section of the Royal Liverpool Philharmonic Orchestra. This period as an orchestral musician enabled him to work under the baton of many world-renowned conductors, familiarising him not only with a vast repertoire but also with a wide range of conducting styles.

His own conducting career began after study with Marek Janowski and advice from Sir Charles Groves. He has conducted extensively with the RLPO and also with the BBC Concert Orchestra, the Ulster Orchestra and the Northern Chamber Orchestra in programmes ranging from operatic and symphonic music to gala concerts of film music.

Edward frequently contributes as broadcaster and producer for the BBC, dealing with a range of issues concerning music and the arts. He has appeared as presenter and conductor on television specials and is well known as a musicologist and arranger, with his works being frequently broadcast. Many arrangements have been recorded, notably for the Chandos and Naxos labels.

Edward is the well-deserved recipient of a Wirral Award for his services to the community. The award was presented to him at a ceremony at Wallasey Town Hall on 11th March 2015 by the Lord Mayor of Wirral, Mr Steve Foulkes. read more …